In 1999 the movie “The Sixth Sense” hit the theatres.  Many people felt it was a fabulous movie about a boy who had a special ability to see and communicate with people who were no longer living, his sixth sense.  The movie’s tag line was “I see dead people, they’re everywhere.”   This “sixth sense” was very disturbing and exhausting for this young boy.

About this same time I had the privilege of being in a Kaizen program run by the Operations Management Development Division at Toyota North America.  I had experience in process improvement but nothing prepared me for this.

On the first day at a supplier location my Sensei took me to a work cell that manufactured parts of the hinge on car seats.  With little in the way of introduction he simply said “Darril San, this is your work cell, please find 100 problems, I will come back in two hours.”  So I observed the team members and the machines from outside the cell, I paced around it like a timid puppy for two solid hours looking for these elusive problems.  At the end of the two hours my Sensei returned to find that I had exactly two problems on my list.  I was 98 problems short of the goal!

He looked at me and then wiped his hands over his head and down to his face.  He must have been thinking “Oh my, what kind of idiot do I have here?”  It was so bad that one item that I didn’t have on my list was a neatly hung mallet that was used to slam each part into the machine.  This should have been obvious to anyone!  After he composed himself he said “tell me what you see.”  So I described to him what the team members were doing but I didn’t see any problems.  Then he started to teach me how to see with an eye for Muri, Mura and Muda (overburden, unevenness and waste).  He asked me to look at the process again with an eye for Muri from the viewpoint of the team member. What could be considered overburden?  Then I saw the lifting, banging, walking and reaching.  He encouraged me to learn the process myself, to let the team members teach me how they do it so I can feel the process not just watch it.  My eyes were starting to open.  He asked me to look with an eye for Mura and to discover if there were times of high activity or low activity.  He went through each of the 7 wastes and asked me to find examples of each.  As he explained I could see many examples and my list grew to over 100. As learned the processes myself the list grew even longer.

Upon reflection I discovered that I had two major barriers to seeing waste.  One, I would make excuses for the waste I saw by telling myself, “There must be a  perfectly good reason the team members do that,” each time I observed something that I almost recorded as a problem.  Even if there is a reason it is being done currently it is still waste.  List it all, then look for patterns, prioritize then attack the most important problems.

The second barrier was the simple fact that I hadn’t been trained to look at processes from the waste perspective.  Classroom training is good but the opportunity to be instructed at the gemba by an expert sensei was invaluable.  It’s like living with blurry vision and then finally getting glasses.

Maybe it takes a sixth sense to see dead people, like the boy in the movie. A rare talent indeed! The good news for us is that we can learn to use the five senses we have to see waste in our workplace.  It takes patience, practice and guidance from an experienced sensei to develop this ability.  Once you learn don’t be surprised if you start to mumble to yourself, “I see waste, it’s everywhere.” 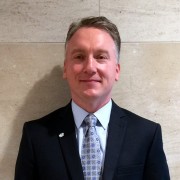 Darril Wilburn is a Senior Associate at Honsha. Prior to this, Darril has led the development and implementation of some of the most important leadership development programs across Toyota Motor Manufacturing North America. He also led the implementation of the Toyota Way 2001 at Toyota’s largest manufacturing plant in North America and worked with The Toyota Institute in Japan to develop the Toyota Business Practice (TBP). While at Toyota, he studied the Toyota Production System as a student of OMDD, Toyota’s internal Sensei group. He was also part of the team that launched Toyota Motor Manufacturing Texas, where he led the assimilation and training of new to Toyota management.

Do You Feel Lucky? – Darril Wilburn – Honsha.ORG
Scroll to top