You are here: Home / Our Team / Darril Wilburn 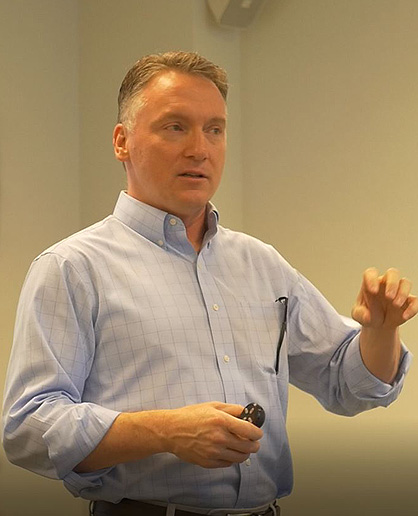 While at Toyota, Darril studied the Toyota Production System as a student of OMDD, Toyota‘s internal Sensei group. He also developed and implemented the Toyota Way 2001 at Toyota’s largest manufacturing plant in North America, and worked with The Toyota Institute in Japan to implement the Toyota Business Practice (TBP), leading the global pilot of this program, as well as the North American Senior Executive sessions.

Now with Honsha, he has had the opportunity to work with over 100 companies in countries such as USA, Brazil, Indonesia, Germany, Czech Republic, Poland and Lithuania among others. Darril is also an active speaker, delivering presentations and keynote speeches on Lean Principles around the globe including:

“Darril Wilburn is a true professional. He has an “expert” level knowledge of leadership, management, and workplace relationships due to his depth of understanding and experiences in these areas. While working with Darril, I found him to be a person of integrity, patience, and passion about the work that he did.”

“Darril Wilburn is a first rate teacher, consultant, and person. Darril’s skill and leadership abilities are comparable to the best consultants with whom I have worked. Our executive leaders and my team trust Darril’s teaching and advice. We are beginning to gain momentum with Lean as result of his work with us. I do expect Honsha’s train the trainer approach and coaching will enable us to reach a tipping point with Lean where it takes hold in the culture and becomes the way we think and work. This will be a huge accomplishment for our organization and Washington State. Besides his deep knowledge and superb skills, Darril makes working together fun and interesting. We always look forward to seeing him.”

“I recently attended the Kaizen Teian workshop hosted by both Sammy and Darril. For myself, working at Toyota for a number of years it was particularly interesting for me to understand how Lean concepts can be adapted / introduced into any organization.

Both presenters were able to engage the audience through logical explanations of concepts, using “Real” examples from their experiences, practical activities and promotion of group discussion.

This workshop was very insightful, well organized and valuable for both beginners in TPS through to the more advanced. I highly recommend Honsha for their level of true understanding of the TPS concepts.”

“Darril is a great resource. He is knowledgable, energetic and is a very good communicator. Darril is a good listener as well and showed flexibility in accepting and changing some of the messages to better adopt Mars Principles. His cooperation was greatly appreciated by me and the presentation he gave was absolutely spot on… In summary, He delivered very well on the desired outcomes that were proposed.