You are here: Home / Our Team / Karl Rickman 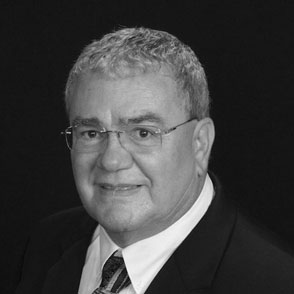 Karl Rickman specializes in end to end process and value stream management. He is considered a Lean Sensei and learned the Lean practice while working 13 years directly for Toyota. He gained tremendous knowledge of Lean from his own Japanese Sensei’s while working at both the US and Japan Toyota facilities. He was hired as one of the first leaders to transfer the Toyota Production System from Japan to the US Georgetown KY facility. Karl worked as a Quality Engineer and quickly advanced from his intense lean training into various roles. He was Model Change Leader for the first three vehicle launches, Manager of Assembly Production and crossed trained to hold senior management positions in both Engineering and Quality.

As a Senior Lean Sensei, Karl has successfully taught and implemented his learned skills as a Plant Manager for a Tier 1 Supplier. He has consulted senior leaders at major automotive manufacturers such as Ford, Chrysler, Mercedes Benz, & Volkswagon to support Lean transformation initiatives. Other examples include Karl successfully implemented TPS tools in the crane industry in the US, Italy and France and facilitated a 5 day kaizen event for the US Air Force at the Pentagon. Karl also spent four years in the garment industry in Sri Lanka helping clients develop and implement their own production system, emulating core principles and practices of TPS. Karl believes a key to success is building simple systems that give repeatable, sustainable results as autonomously as possible by the doers of the process.